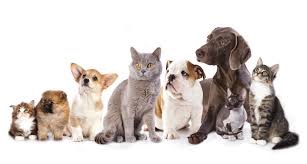 Free to a good home the most dangerous words that could ever be said or typed. Many times over advocates have warned against using these words, for the fear that any animal given away for free could lead to their doom.

Which it has on many occasions in the past on Craigslist and now on Facebook. The list of animal abusers has been growing over the last few years, with minimal effort to enforce animal cruelty laws, until this year. It has taken a multitude of animal deaths for animal cruelty to even start to be considered a Felony across our country.

When the truth of the matter is it should have already been that way from the very start.

Free to a good home; Words that should not be used in advertising for your companion. What you could use is; Rehoming Our Dog/Cat etc, Serious interest/people only. Also, I would suggest that you ask for references and Veterinary information, as well as doing a home check. To ensure that they have your companions safety and health in mind. That they are not some psychopath trying to obtain an animal to abuse.

Because the reality of the world is not always friendly. As you can see below with links to articles of the tragedy that struck the poor companion animals.

Kate Gaul, “Giving Away Pets Not Best Option: Many End Up Being Abused or in Less-Than-Ideal-Situations,”Lincoln Journal Star, 28 July 1998.

Elisabeth Heulette, “Virginia Beach Dog Set on Fire Had Been Listed On Craigslist,” The Virginian-Pilot, 7 Aug. 2015.

We are new to the world of Journalism. However, we are not new to advocating or acting on behalf of animals. We are a group of individuals dedicated to making a difference for animal kind.

We would like to start out by helping other advocates. By way of sharing petitions or even events that you may have. You can get into contact with us by way of the contact forum.

We welcome everyone to our journal and hope that all of us can make a difference together. 🌎💗